Learn what force majeure is, what events can be considered force majeure, and why this knowledge is so crucial for any business. 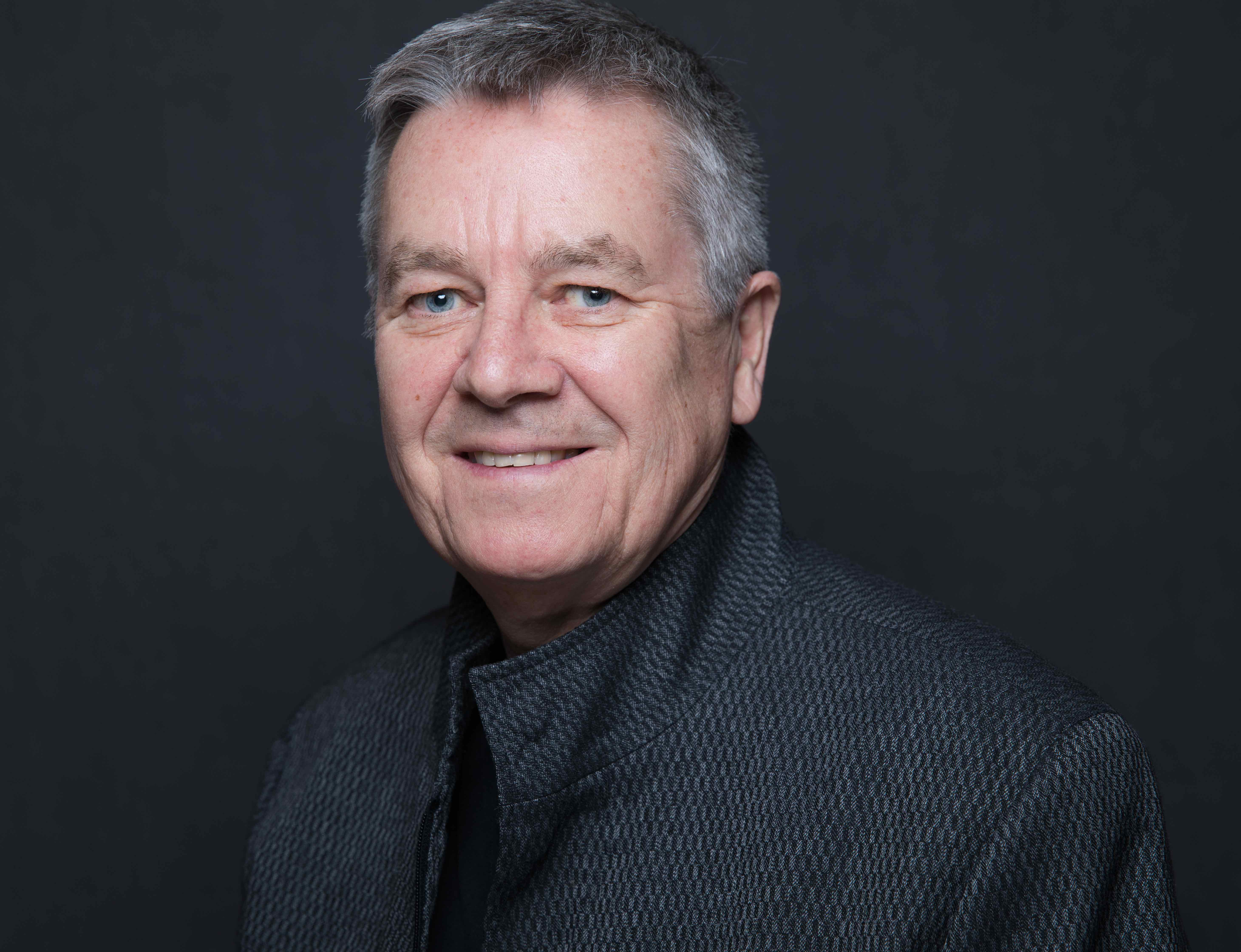 Introduction
What Is Force Majeure?
What Events Can Be Considered "Force Majeure"?
Why Are Force Majeure Clauses So Important for Any Business?
Sample Clause

Contracts are essential in the business world because they delineate our business relationships. This implies that contractual provisions must state the party's liabilities during the performance of the contract.

We live in a world where unforeseen events may make some contract clauses' performance impossible, impracticable or highly damaging.  These specific events are defined in the legal field as force majeure.

We have prepared all the information you need about force majeure: what it is, what type of events can be considered force majeure, and why this is a critical concept for any business.

What Is Force Majeure?

Force majeure is an exception to the chief principle of any contract, "pacta sunt servanda", derived from international law and embraced by the common law system, meaning "contracts are to be kept". This exception is a provision included in contracts to remove liability for failure to perform in specific circumstances.

In some cases, the parties cannot fulfill their obligations for reasons that are not under their control, such as unforeseeable and unavoidable catastrophes.

Therefore, this clause, also known as excused performance, is a triggering condition in cases whereby events are beyond the party's reasonable control. Its purpose is to prevent the parties involved in a contract from fulfilling their obligations under specific circumstances created by force majeure events.

The force majeure clause grants a party temporary reprieve from performing its obligations as long as the circumstances caused by the event remain. Furthermore, it grants the possibility for a contract to be terminated in case of consequential liabilities or a prolonged duration of a hindering event.

Learn More: Termination of a contract

The termination of a contract is the legally ending of the contract. There are many reasons for a contract to end, but not necessarily a non-performance of one of the parties.

It is advisable to describe what type of events will be considered as force majeure for the agreement, but those events should be described generally because no one can think of all future types of catastrophes. If the agreement does provide a list of force majeure events, the parties could risk being held to that list which may not include some future event. For example, this happened to many people during the COVID-19 pandemic, because of the absence of the word "pandemic" on the force majeure clause of their agreements.

It is important to keep in mind that courts review carefully the language chosen in this type of clause because in many jurisdictions, courts will construe a force majeure clause narrowly, without giving them expansive meaning.

In New York, for example, only if the clause specifically includes the event that prevents a party's performance will that party be excused. If the clause contains a broader catchall phrase in addition to specified events, only the same type of events as those listed in the contract are covered.

For this reason, there are important language differentiations when drafting a force majeure provision in an agreement. For example, words such as "impossible" and "unreasonable" can completely change the scope and interpretation of the clause:

It is common to find the phrase "impossible to perform" in force majeure provisions. However, it can represent a high threshold to reach because many changes in circumstances will make a performance unadvisable for some of the parties. However, it could still be possible for others.

On account of this, we recommend using the words "unreasonable", "inadvisable", "commercially impracticable", or "illegal" to refer to the excusing performance.

We mentioned "epidemic" and "pandemic" above, but before the coronavirus hit the world in 2019, it was not as common as it is today to see these words enounced as force majeure events in agreements. In fact, contract drafters rarely included them because they weren't considered plausible threats.

Therefore, contracts that didn't include those events in their force majeure provisions and ended up non-performing their contractual obligations in due time and form had to wait for judges to consider the COVID-19 pandemic as a force majeure event according to their specific clause. Courts were carefully interpreting the strict meaning of the clauses' words in their decision-making process, and there were cases that were not considered as included in such clauses.

What Events Can Be Considered "Force Majeure"?

Force majeure is French for "greater force", and it commonly relates to events that occurred by an "act of God", for which neither party can be held accountable. By "act of God" we refer to any event beyond human control.

The concept of force majeure has many versions, and there are arguments for considering certain events as force majeure events, especially when it comes to occurrences that are not caused by nature but are out of the control of the parties. Therefore, a broader definition such as "an event or effect that can be neither anticipated nor controlled" is preferable.

In addition, this term is generally reserved for the following situations:

Clearly, we are talking about extraordinary events, but such events will always be analyzed, taking into account formal criteria to define if, according to the terms of the contract and laws, we are talking about a regular non-performance of the parties or one that excludes liability for being a force majeure event.

In this regard, the majority doctrine and the criteria stated by most US jurisdictions stipulate that a force majeure event must be:

When drafting one of these clauses, you should consider these details in order to avoid future problems and economic losses for you, your client, or your company. Unless it is expressly stated in the language of the clause, an irresistible, external, and unforeseen event will not be enough to excuse the performance of the agreement.

Why Are Force Majeure Clauses So Important for Any Business?

This type of provision can typically be found in contracts involving performance over a period of time, even more when it is a long period of time—such as supply contracts, real estate agreements, etc. Nevertheless, it is advisable to have a force majeure provision in any commercial contract.

As it has been made clear above, these clauses work to relieve businesses from performing obligations that are impossible or unadvisable to pursue during certain events, preventing the loss of capital and resources.

You may have heard about frustration of the contract or the "doctrine of frustration". It is important to know that these concepts are not the same, but they are directly related. A party can invoke frustration without a force majeure clause, but if this clause exists, it would displace the doctrine of frustration for any event that falls within the scope of that agreement's provision.

The doctrine of frustration has a broader scope, in which impracticability, frustration of purpose, superior force, and party's reasonable control are aspects that will be considered when this excuse is brought up in a court.

More specifically, a contract may be frustrated when, due to a supervening event, its performance becomes substantially different from the original obligations assumed by the parties at the time they assumed their contractual obligations. Also, this supervening event must substantially change the nature of the contractual rights and obligations that the parties could reasonably have contemplated before performance execution.

Thereupon, the supervening event must comply with the following requirements:

It is useful to know about the doctrine of frustration, but it is still advisable to try to draft an effective force majeure clause in your contract for greater legal certainty. Accordingly, the following aspects should always be included in this type of clause:

x.1. No Liability. Neither party will be liable for performance delays, non-performance, or be deemed to have defaulted or breached this agreement due to causes beyond its reasonable control that materially affect a party's obligations under this agreement (a Force Majeure Event).

x.3. Best Efforts to Cure. In the event of a Force Majeure Event, the affected party shall use reasonable efforts to limit damages to the other party and to resume its performance under this agreement.

x.4. Right to Terminate. In the event such an occurrence prevents performance thereunder for a period over ninety (90) days, then the non-defaulting party may elect to terminate this agreement and/or cancel or suspend any Purchase Orders thereunder by written notice to the defaulting party.

From Akorda, we hope you now have a clear knowledge about the concept of force majeure, why it is important to draft an effective clause in your agreements and the problems you can avoid.

Kingsley is a founder of Akorda. He holds law degrees from Oxford University (First Class Honours) and Harvard Law School, and has 30 years of experience in the practice of law, software design and development, strategy, and management. Kingsley pioneered the new discipline called contract analysis. He is a founder of KMStandards and has developed software capable of automatically analyzing legal agreements and creating contract standards.

How Telos is using Akorda

Telos is a 770 person rapidly growing organization that mainly works with governments and agencies. The company is the global leader in enterprise, cyber and cloud security.

THE PROBLEM
Searching through stored contracts

Learn what force majeure is, what events can be considered force majeure, and why this knowledge is so crucial for any business.
Blog

How to Draft a Contract: Everything You Need to Know

Learn what a legal contract is, key points to keep in mind when dealing with one, what are the most common types, and how to draft your own contract.
Blog

What is a Breach of Contract?

Learn what a breach of contract is, how and why it happens, its types, as well as its remedies through this to-the-point summary.
Blog

What is Contract Lifecycle Management (CLM)?

Learn what is Contract Lifecycle Management, its benefits and stages, and how to get started with CLM to optimize your business processes.
Blog

How To Sell CLM Software To Your Stakeholders

Do you want your company to implement CLM software? Here are four tips to make your pitch unbeatable.
Blog

The 8 Stages of a Contract Management Process

Learn about the 8 stages of a contract management process for enhanced operational and financial performance.